Daniel called me about 3 weeks before he was set to propose to his High School sweetheart, Nikki.  While Nikki knew that they were going to get married next summer, she was patiently awaiting her ring to be completed, something Daniel had told her would take up to a few months.  The amount of thought and love Daniel put into their engagement easily tells me, he’s a perfect catch for Nikki.

So, one year and one day before their wedding next summer, he planned to bring her to a “work” party, at Sea Canyon Fruit Ranch, where they happen to be getting married next year, same weekend.  He had layed out a blanket, bought some bubbly and personally choose the flowers for an arrangement for Nikki.

In case you are wondering who the dog is….as I was sitting there waiting for them to arrive, I met a new friend “Lady” who was witness to it all, as well as participated in the photos!  She’s the ranch dog, too funny.  Nikki was SO surprised!!!  Daniel had even gone to the extremes of making a fake invitation for his “work” party, it must have been pretty convincing.

As soon as they came down those steps, I could tell he was anxious to have this over with, in a good way of course!  He practicaly ran to the blanket where he pulled out the ring and asked her to be his wife for the rest of his live!  How so very sweet!  Of course, she said yes!! and the next words that came out of Daniel’s mouth, spoke volumes to me about his character….he said, “Nikki, I’ve been lying, like A LOT!”  I started laughing to myself.  I thought it was so cute that his lies, even though they were for a very good reason, were eating him up inside because that is not part of his nature.

And this wasn’t all, he told her, they were going on vacation to Carmel for the weekend!  He had called her boss (and lied again) to get Friday off for her, and they went on happily ever after.  Congratulations you guys, I know you will share a lifetime of happiness! 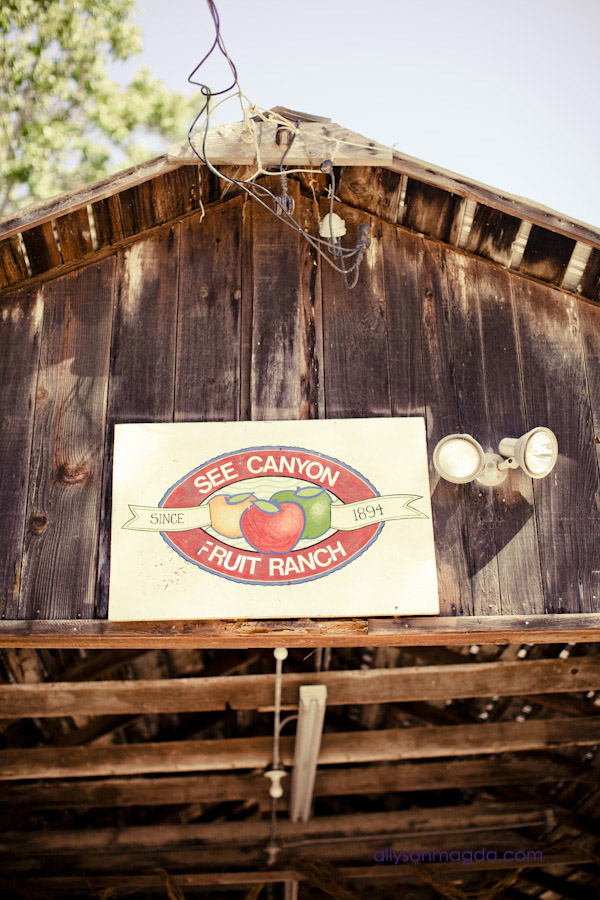 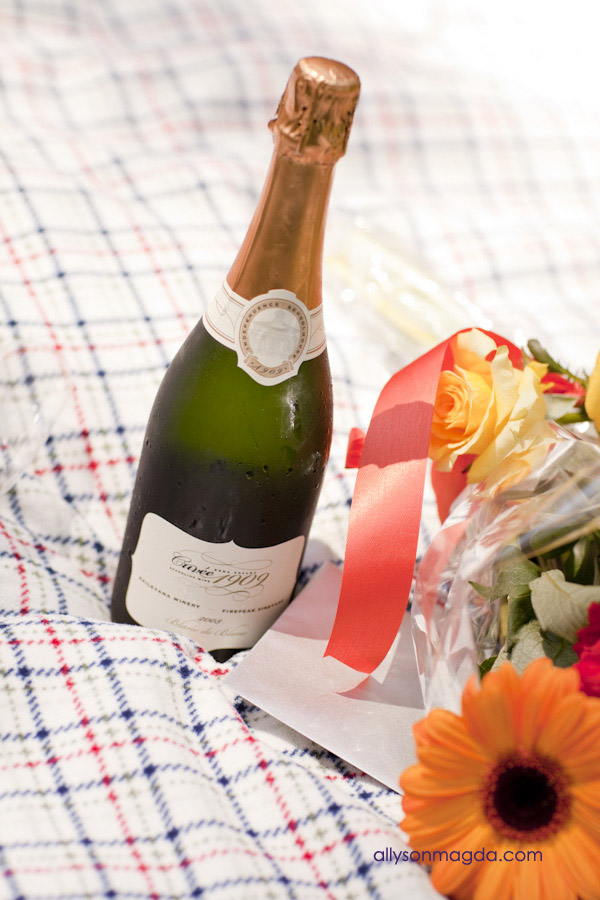 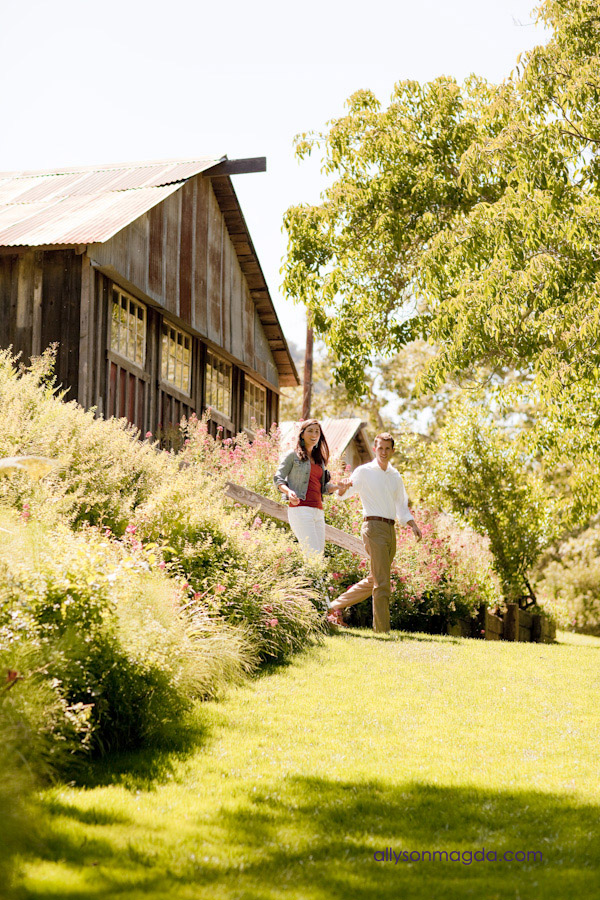 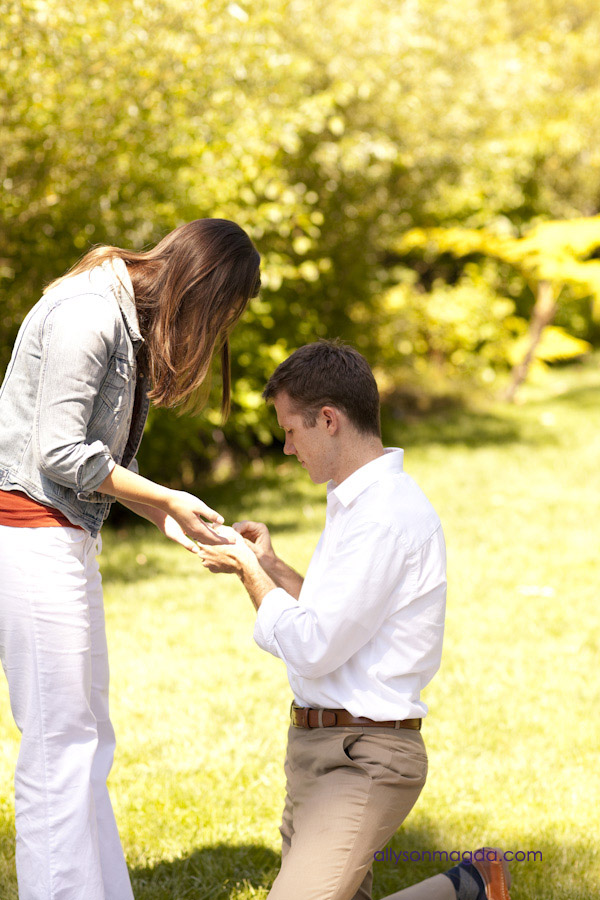 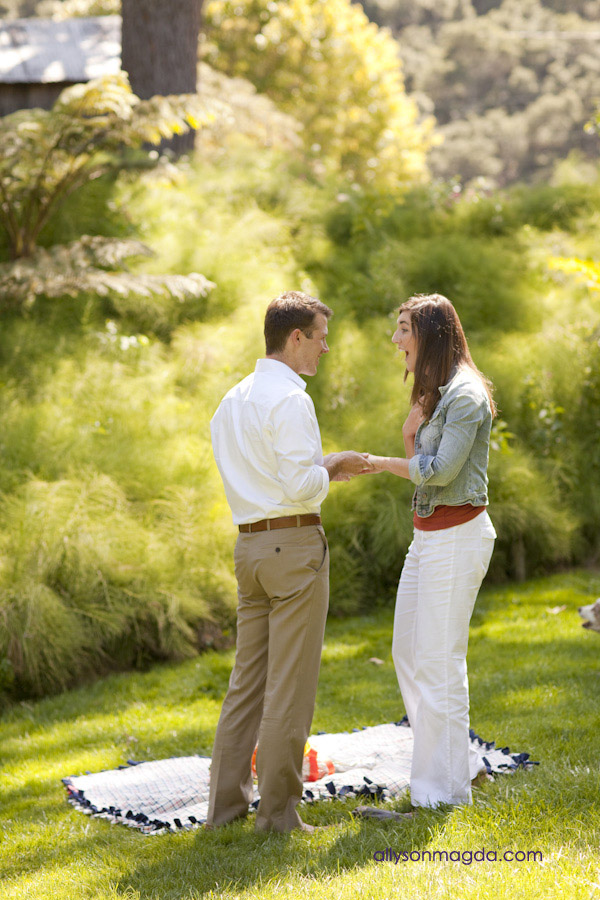 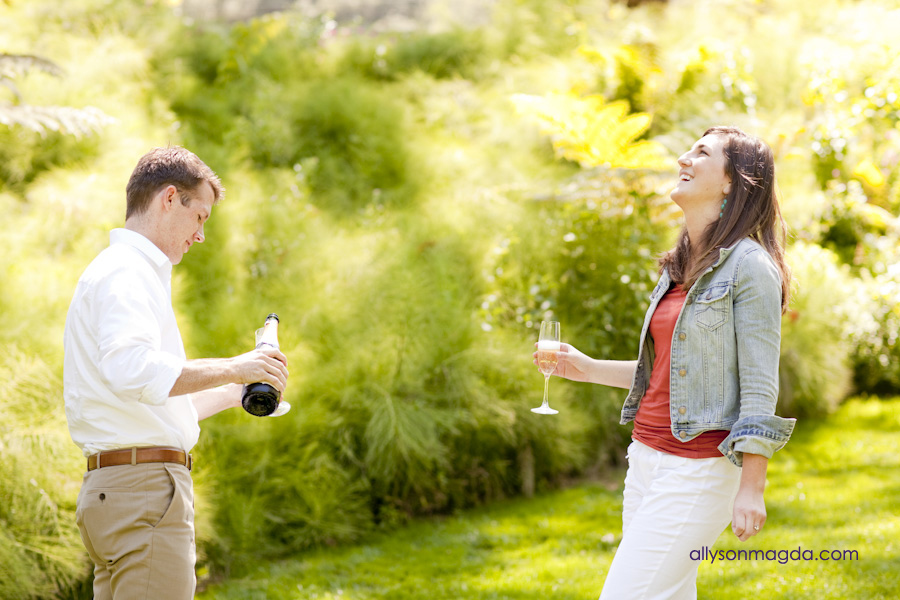 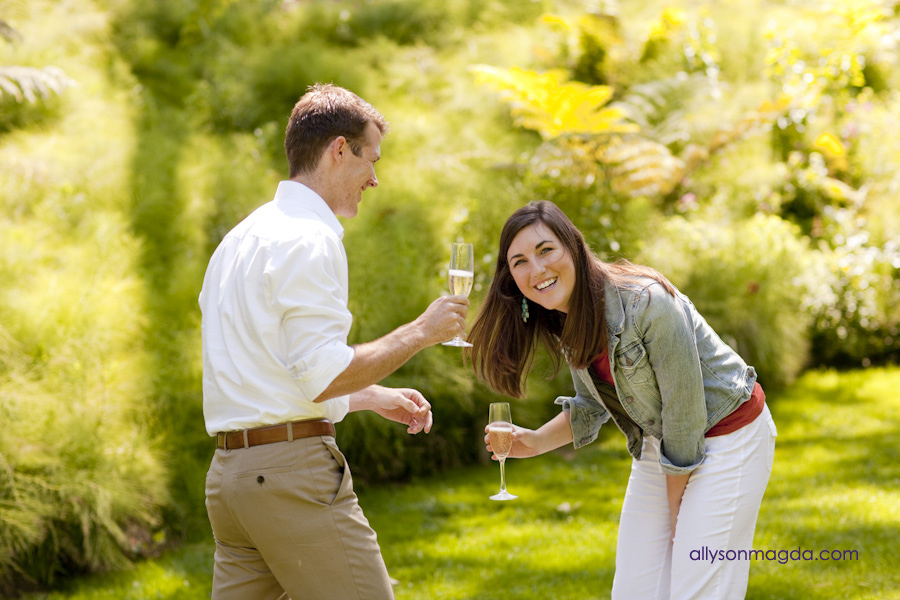 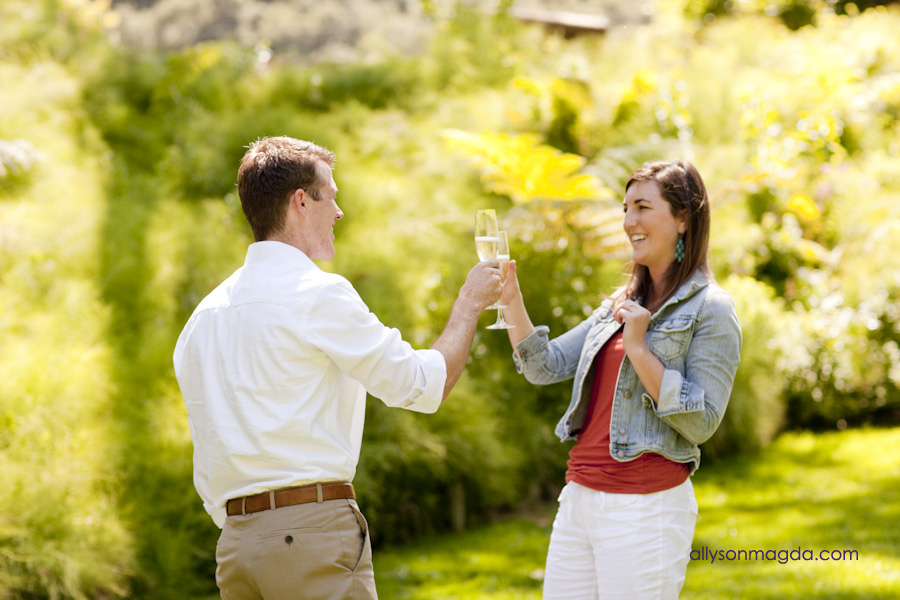 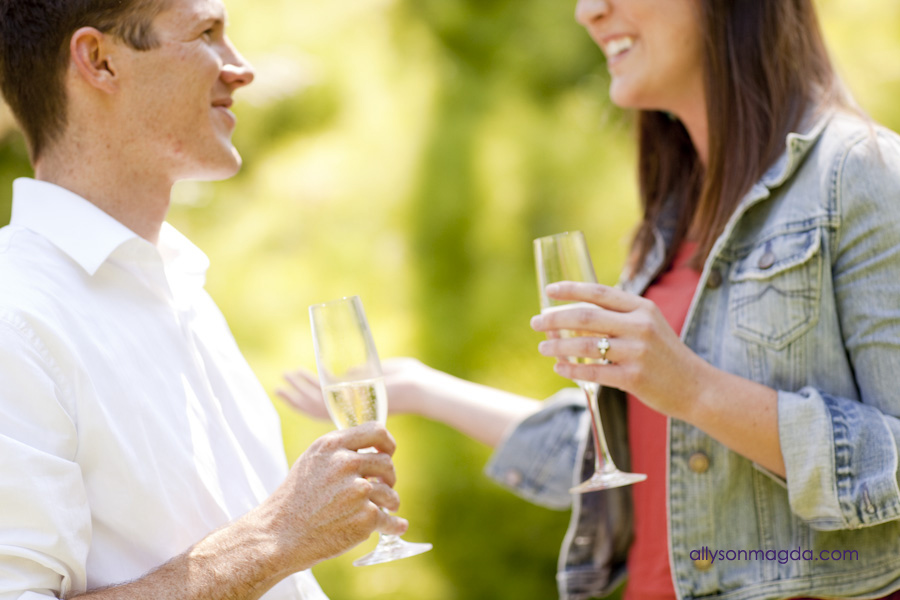 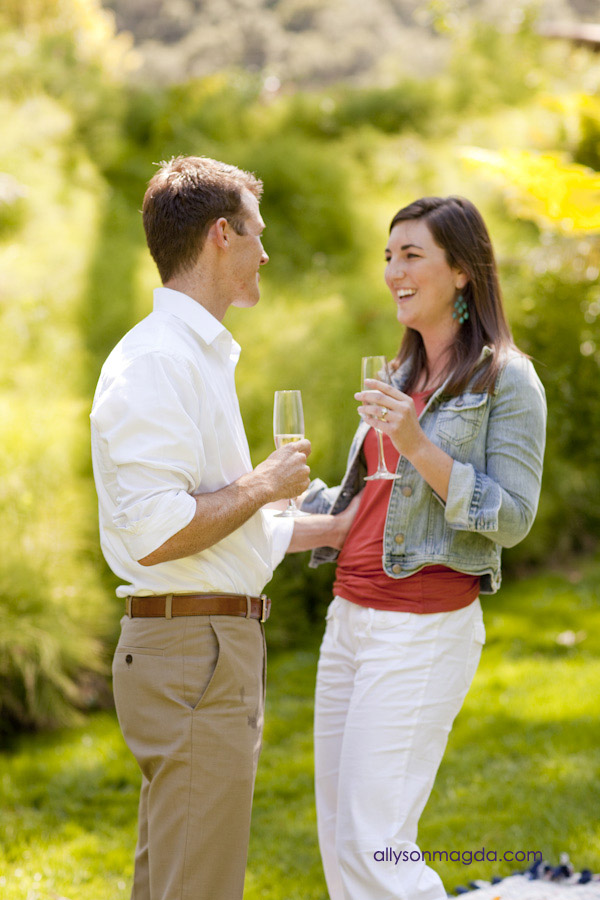 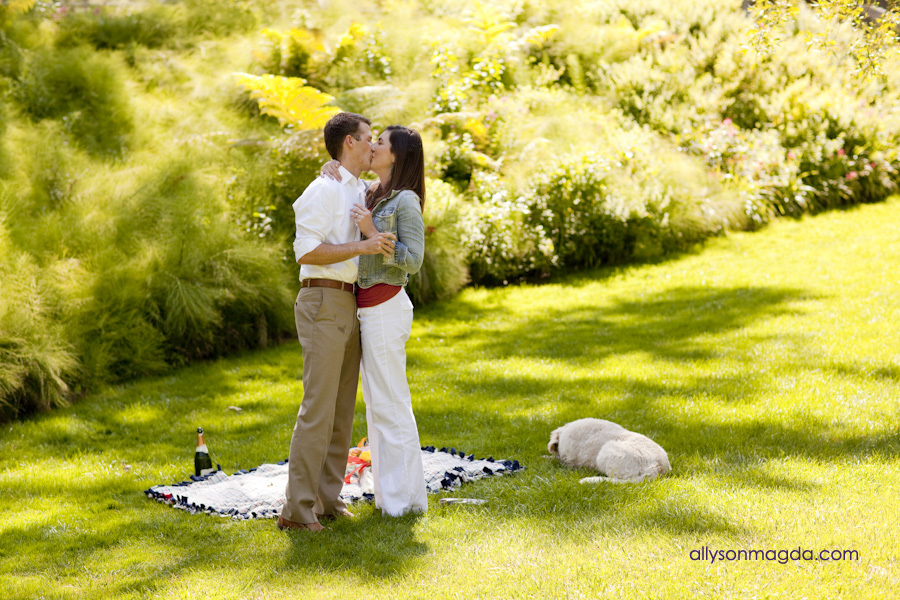 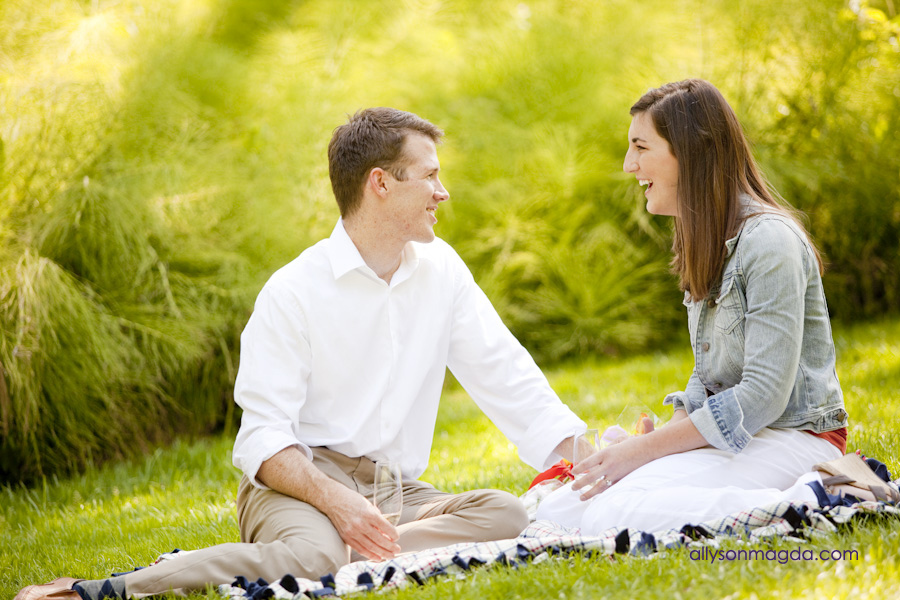 You can just see the joy and shock in Nikki’s expressions….love it! 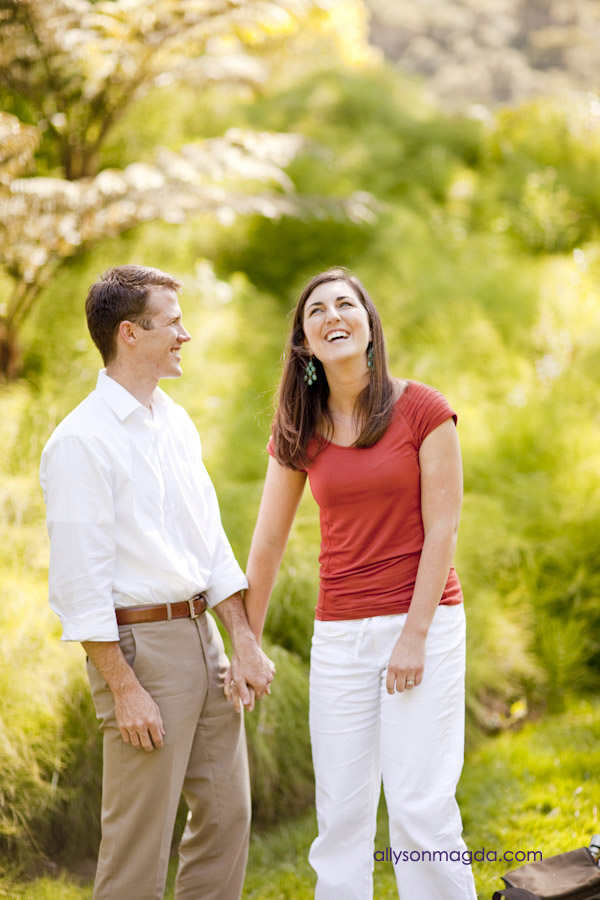 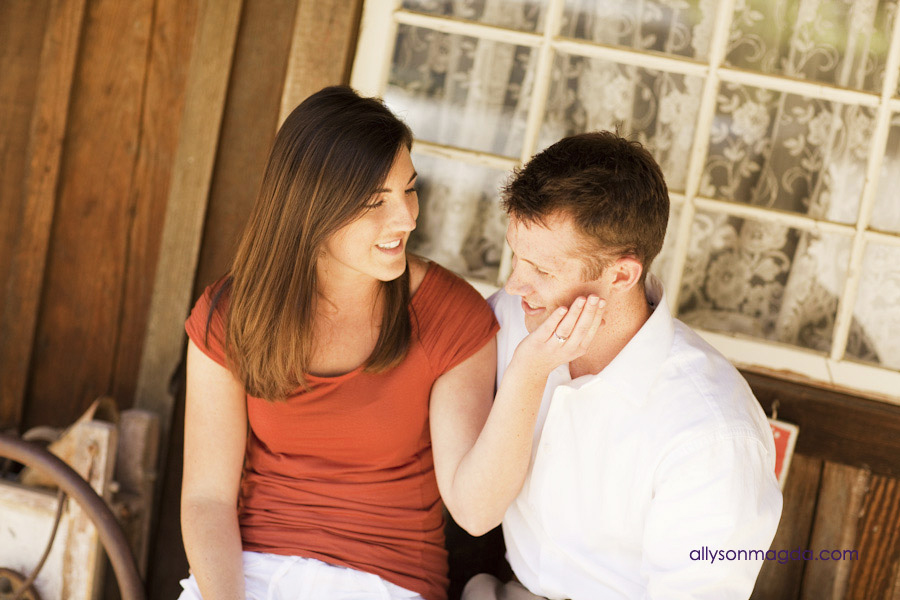 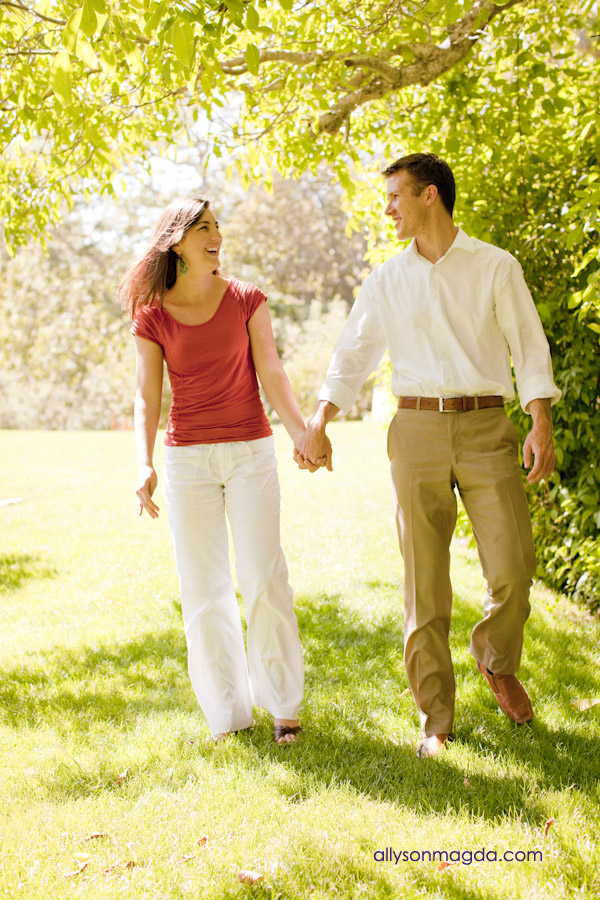 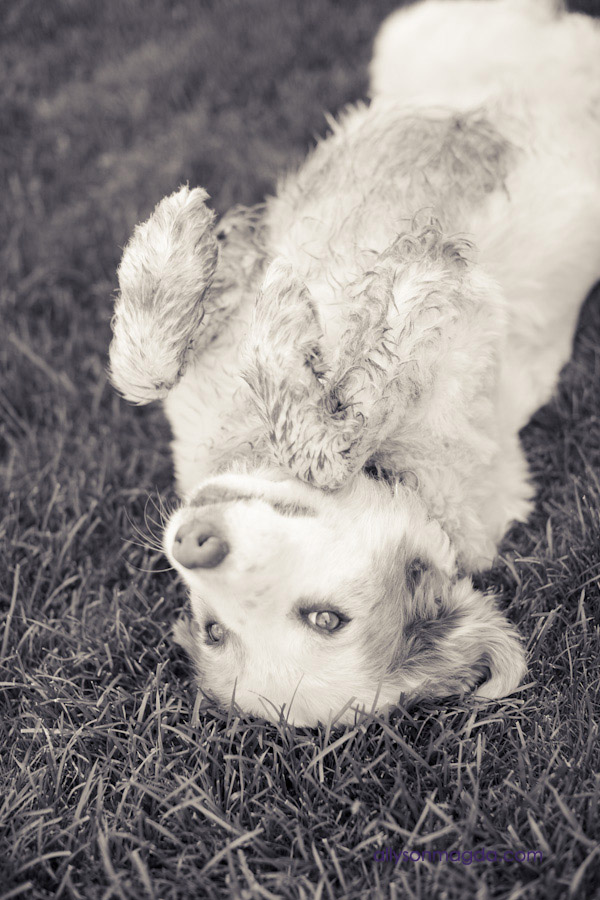 Lady wanted me to pet her so bad, but she had clearly just run through the creek or something!!! dirty girl.